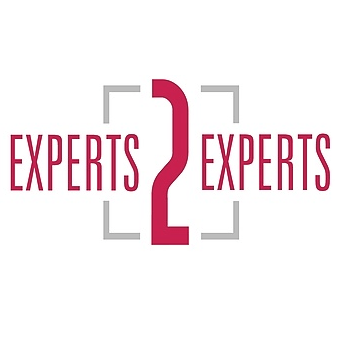 Last week was the first time I went to the Experts to Experts Virtualization Conference (E2EVC). E2EVC is a conference from experts to experts, as the name suggests, and no marketing presentations are allowed. This time the event was held in Athens in Hotel Novotel from the 3rd until the 6th of November. My last employers didn’t support attending all kinds of events outside the Netherlands. So this was the second time I went to such a worldwide event, and my first time was VMWorld back in 2019. As an engineer/consultant, it’s good for you and for the company you work for to attend worldwide events, as you learn a lot and can connect to all kinds of people that eventually can help you succeed in your career.

So let’s get back to E2EVC. My flight was on the 3rd, and on my way to Dusseldörf Airport (DUS), I received a call from my customer as they were having an issue. It’s like they can smell you aren’t available and then call you. So when I arrived at the airport and went to security, which went fast (I didn’t need the fast-track ticket ☹), it was time to do some work. Luckily it was an easy problem that was easy to fix. After this, it was time for some coffee. I earned that one. When it was almost time for boarding, I saw a couple of other IT guys going to E2EVC. So I made the first connections. After the landing at Athens International Airport (ATH), we shared a cab to the hotel and then went to a restaurant together. What’s the first thing you eat when you are in Greece? Of course, that’s Gyros with plenty of tzatziki.

After this, we returned to the hotel, where we enjoyed a couple (or multiple, depending on who you ask) of beers on the hotel’s rooftop.

The first day (on the 3rd, there was a security masterclass that you needed to book separately) of the event, at least for most people, started with a speech by Alex Cooper (the organizer of this great event). We needed to call him “the Supreme Leader” during the event. He came in wearing a gladiator suit (which he kept wearing throughout the day) and started with his opening speech using his Legal Notes.

His speech included some traditions that formed during last year’s events, so he started by thanking all the event ambassadors (Benny, Chris, Geert, Ton, Samual, Sasa) and promoted Eugene (From Control-Up) as a new ambassador. He even is printed on this year’s key cord.

After this, the giving five new people a hand took place, and then started the tradition that all new attendees need to drink an alcoholic beverage (this time it was Raki, I think) that’s room temperature.

Next up was Control-Up’s Eugene, who had some Limoncello, which also was room temperature, and “The Supreme Leader,” of course, started giving this to all new attendees, so after just 20 minutes, I already had two shots. Eugene talked about the roadmap of Control-Up and did a recap of E2EVC Tel-Aviv. In the end, Douglas Brown came up on stage (Ok, in front of the stage) and announced that Control-Up was launching their Control-Up Community (CUC); for more information, look here: https://www.controlup.com/community/.

As this was just the first session of many to follow, I don’t think everybody is interested in getting a short recap of my session experiences. I will continue my impressions with the highlights of the event. As “The Supreme Leader” is repeatedly saying, the main goal of this event is to meet people, talk to each other, and eventually make new friends. I can tell you that I’m usually not the guy who will walk up to someone and start a conversation, but in this setting, this location, all like minded people, makes it easier to get in contact (and yes, the beers also helped😊). I’ve spoken with great people and had discussions, but I also laughed a lot.

As for now, I’m looking back at a great event I will visit next time when possible. Berlin in May 2023 isn’t an option, but when I know the date for Rome, you can see me there again. I want to thank “The Supreme Leader,” a.k.a. Alex Cooper, for organizing this great event and everybody else who helped him, and I hope to see you all in Rome.

New tado° data from has found that Europe took significant action to reduce its energy consumption.

The results show that 76.3% of European households turned down their thermostats to lower temperatures, during the months of Nov and Dec 2022 vs 2021.

🚀Exciting news! Our 8th annual @DAASLIKEAPRO survey is complete and the results are in!
⏩Get valuable insights on trends in real-world deployments, configs, and usage of #EUC #DaaS
Download the free report and plan your EUC roadmap for 2023 and beyond: https://daaslikeapro.com/2023/01/16/releasing-the-daaslikeapro-state-of-euc-2022-2023-report/